Could love be “the absence of judgment”?

Social Construction is a practice of Social Construction-ing studied in Social Constructionism, an exponent of mainstream social psychology, which submits that anything conceivable is an interpretation emanating from a particular social group. Anything intelligible owes its intelligibility to socio-cultural communities, in other words: nothing is “true” or “real” unless the people to whom it may concern agree on something’s intelligibility, truthfulness, or reality. Born into a world of linguistic meaning, we are “inter-mind” rather than bounded mind, “in-between-selves” rather than illusory self, “Relational Being” or “Interbeing” rather than deluded souls cut off from others.

Gergen, K.J. (2009). Relational being: Beyond self and community. Oxford University Press. 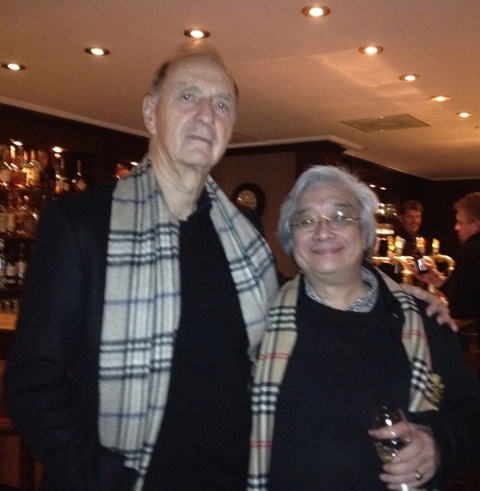 by Kenneth J. Gergen (September 2011): This is the first of three brief essays triggered by lively discussion among Taos Associates over the past few months. The discussions began when Barnett Pearce thoughtfully shared an editorial written by Stanley Fish for the New York Times. Fish’s early book, Is There a Text in the Class, was a classic contribution to constructionist ideas in literary theory, and much of his public writing, although famously cantankerous, is quite congenial with constructionist views. In his typically provocative style, Fish proposed in his Times essay that “the everything-as-socially-constructed thesis, however exciting and powerful…has no political implications whatsoever.” This would be to say, for example, that there is nothing about constructionism that necessarily favors being a Democrat, rather than a Republican… or for that matter, a Fascist.

Many of us recoil at this proposal because we feel that constructionist ideas are deeply wedded to cherished ideals. Indeed it is the very sense that the Taos Institute helps to achieve these ideals that serves as the basis of its vitality. Take away the values, and you pull the plug. I know that it is this way for me. And yet, formally speaking, I believe Fish is correct. There are no politics or values that are necessarily entailed by constructionist ideas. The action implications of any abstract theory are never given in the theory itself. It is their context of usage that lends them the potentials for action. The Ten Commandments might tell us, “Thou shalt not kill,” but what this means in day to day life depends a great deal on the culture and its use of the commandment. As Barnett might say, it is the context of usage that grants to our words a logical force. For many of us, then, we live in a time and place in which constructionist ideas support the values of honoring multiple perspectives, and caring that our own perspectives do not dominate, suppress, or silence others. These are also times in which the constructionist emphasis on the social origins of meaning nourish the way we prize collaborative practices, mutual appreciation, and peace-building. No, social constructionist ideas do not give us the rock-solid reasons for our values. But for me, this is an added strength of constructionism: it does not declare itself as fundamentally true, thus condemning all that is not constructionism. Again, this supports my politics and values by implication — but better by implication than proclamation.

What Counts as Social Construction?

By Kenneth Gergen (October 2011): How do we identify what is social construction in our theories and practices? What doesn’t count as social construction? Was Michael White a constructionist, or Michel Foucault; and are all collaborative practices constructionist? These questions were recently the subject of lively debate among some of the Taos Associates. To appreciate the issues and to deepen understanding of social construction, it is first useful to recognize a very important, but often overlooked distinction. This is the distinction between social construction as a metatheory, or a general orientation to life, and social construction as a specific or local set of constructed ideas and practices. What does this mean? At the level of metatheory, one simply views all theories and practices as social constructions. This is to recognize that all our languages, customs and traditions are outcomes of people’s relations. None are required; all are perishable. Many find this orientation useful and inspiring because it invites us to reflect critically and appreciatively on our traditions and simultaneously to join in creating new realities and ways of life. One may also embrace this general orientation and participate in any range of practices – scientific, religious, professional, and so on. Nothing is required. However, on the level of specifics, among the innumerable socially constructed practices available or under development is social construction itself. Here one participates in a range of specific ideas, dealing for example with the way we use narrative and metaphor in constructing the world, the ideological basis of various constructions, issues of marginalization and power, and so on. Or, one might draw from constructionist ideas in doing therapy, consulting, teaching, practicing law, and the like. At this local level, one can distinguish between constructionist work, and a host of alternatives. For example, constructionist therapies will tend to differ from psychoanalytic or cognitive; organizational development practices in a constructionist vein will look different from modernist strategic practices; constructionist practices in the classroom will differ from old fashioned hierarchical practices. But the lines are fuzzy!

Why I Am Not a Social Constructionist

As constructionist ideas suggest, rather than asking about ultimate truth, the important questions concern the implications for our lives together. How does a given set of ideas contribute to human well-being; who do they advantage and disadvantage; do they lead to more freedom or domination; do they sustain the planet or destroy it; and so on. These are obviously questions of value, but all the better. As we speak together about the world so do we create our futures. If so, what futures do we wish for the world? In the same way, you don’t have to ask whether an operatic aria is true or false, though you might ask about how the aria plays out in human affairs. But it would make little sense to ask whether I am a “Waggnerian” or a “Verdiist.” Nor does it make sense to say that “I am a constructionist” in the sense that I embrace these ideas as fundamental beliefs. Nor am I an empiricist, a realist, a constructivist, a Christian, or a Muslim. Rather, I am capable of participating in all these various ways of understanding the world – and more – without having to ask if they are TRUE. This is no small matter. For me, one of the wondrous implications of constructionist ideas is that when I take them on, they open the richest world of possibilities – without fighting over the high ground of Truth.