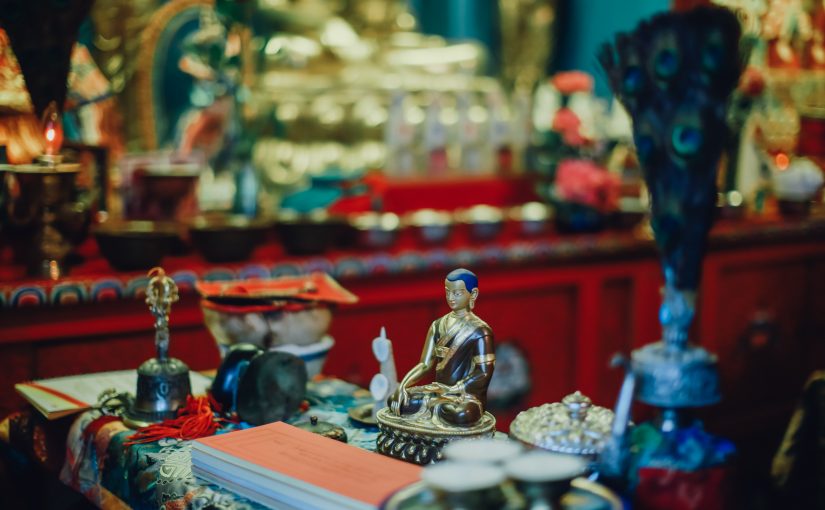 Now I am at last sitting in the airplane  after a 45 minute delay, taking off to Yangon to transit to Bangkok, to apply for new visa for my stay at Shan State Buddhist University, from a desolation breathing little airport called Heho where I was earlier before at arrival but two times last year as well. Anyway, this plane seems to be a brand new jet as opposed to last year’s propellor plane. I felt more safe this time amid turbulence…

This flight offers the opportunity to look back at the past few days which starts on Tuesday and Wednesday when I had two days off and spent most of the time sheltering from damp and rain in my room preparing for my talk in Ayutthaya at the International Buddhist Studies College which will take place the day after tomorow.

My highlights of the week were Friday and Sunday when I offered my stuff to the students. On Friday I had an observer in my class a lay lady. Some people in any audience are masters at ducking and making up reasons or rather defensive rationalisations not to exercise, i.e. to describe an instance whenever one was depressed, fearful, angry or sad in the past, in order to transform the intentional behaviors sparked by one of these unhappy emotions. What such fear is, is always rather enigmatic, could be shame or feeling naked when showing innermost weak feelings in the East and in the West alike.

As everybody should feel free and the lady would not want to transpire weakness before the students, I told her that she needs to feel free whenever and wherever. After all Buddhism is about freedom… … … Meanwhile landed in Yangon after a 45 minute flight. Need to find the brand new Terminal 1… which was easy… “just walk 10 minutes” someone said, and I have heard that before, but after a few minutes I saw a shuttle, so it was easy, also to find the Myanmar National Airlines counter… and then the usual things, security and waiting… the flight was again ok and at artival rushing in the long passages of Suvarnabhumi airport to be finally out and in the masses.

As I am a cityboy, I felt somehow at ease in this sparkling mass of people… and there he is my private taxi driver Oud who I befriended for the past 8 years or so. He had always been loyal to me… and there he was waiting again with a big smile as usual… I was glad to see him… after a couple of hours of enduring rain in the crazy Bangkok traffic and in a jam, I arrived at my internet booked modest hotel in the middle of Silom, at a 10 minute walking distance from the Myanmar embassy where I am supposed to be tomorrow morning and where a Myanmar venerable will accompany me to the inside to apply… Anyway, having accomodated in the hotel, I bought Oud a seafood dinner at the Silom Villlage restaurant next to my hotel… I promised to sponsor him for his this monthly rate for his new suv taxi way more than his normal rate…

Coming back to my track… most importantly is the deliverance of my teaching and the full blown offering of my 40 hour powerpoint of Buddhism as Psychology, which is innovative and might be quite unsettling for the audience of more than 90% venerables and one observer bikkhuni who is a PhD candidate… and before I forget about my teaching experience, Sunday I had a two times two hours teaching on the practice of a form which is a tool for Karma Transformation with some sensed resistance… After a lot of explaining plus giving a real life example on powerpoint, and doing laughing meditation, which I was in fact doing on my own with a lay student, because venerables are not supposed to laugh, so no mudita or sympathetic joy for the Theravadin, was that the Buddhist spirit regarding the Brahmaviharas…? What a difference from the laughing rotund Bodhisattva in Mahayana China… Then, because of the resistance, I offered my own ABCDE using the Form.

Hopefully, the students understood the essay assignment which is to complete the Form two times for themselves and two times on somebody else… Need to tell them next time that in a formal psychotherapy education, which is post doctoral, the student starts with a learning therapy, which implies that a carreer in psychotherapy starts with being a client. This start as a patient evokes resistance as it is usually not an easy task to open up one’s own emotional issues and in the Myanmar culture this can be quite a hassle to overcome. That is why I gave an example and on suggestion of a student, loosing money could be such an example… and since I was dealing with a paper loss on Bitcoin that went down 50% in price since the beginning of the year, that could be an excellent example.

Hope my opening up is inviting to discuss some Forms next time I am back from Bangkok… Meanwhile I am writing this in the Myanmar Embassy, which went ok with some help of the Myanmar monk, vice dean of SSBU… Then, an old friend showed up who used to be quite let’s say hyperactive or perhaps ADHD, to use that term… She told me to having been hospitalised for a stroke… and seems now somehow calm, more than she used to be as I have observed… (to be continued)