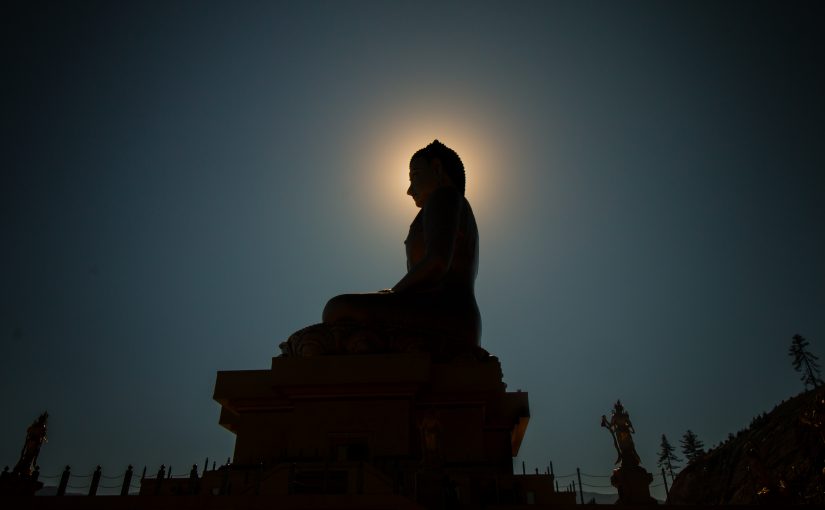 Need to catch up writing this blog… I was back at SSBU on Saturday and Sunday was my first meeting with my students with whom I now work on a personal level with the selfie form I showed in blog 6. This is a tool for Karma Transformation because it always contains a wholesome and rational self-instruction for intentional action as a conclusion of the thought change. The method could also be called “Buddhist Rational Emotive Cognitive Behavior Therapy” or Coaching, if therapy sounds scary.

This Karma Self Analysis starts with a selfie or short video, which is an instance or AFFLICTING or activating event of Dukkha or emotiinal suffering that takes place in bodymind with consciousness and starts with sensing (Vedana= khandha or modality) and perceiving (Sanna= khandha) of the cause of emotional suffering which is our “thoughts [with which] we make the world” as in the Dhammapada. When we suffer we cater BELIEFS that are mostly poisonous by greed, hatred and ignorance, which in RE/CBT are irrational views and which Buddhists call (miccha) Ditthi that mostly proliferate (Papanca) resulting in a CONSEQUENCE which is unwanted:  depression, anxiety, anger, sadness or grief (called kilesas). Because there is no equivalent term in Pali or Sanskrit for emotion the Buddhist term for it is called mental fabrications or Samskara (=khandha).

This will lead to grasping and clinging called Upadana that lead to some intended Consequential speech or behavioral action or Karma. Well what do we have here in a nutshell? If we also consider our Body and Mind and Consciousness with which we experience all this, then we have the 5 Khandhas of clinging that are in short the definition of Dukkha as emotional suffering. The clinging to khandhas creates  I-me-mine/ego-self. Anyway, this scheme reflects the whole of Dependent Origination and the birth and death of an emotional episode, I say from a psychological perspective. Thus, the Albert Ellis scheme now translated in Pali terms has a completely Buddhist signature, what do you readers think? The importance of this khandha analysis was emphasized by the Buddha, who stated that one who sees Dependent Origination sees the Dhamma and one who sees the Dhamma sees the Buddha… So far this short explanation.

If Buddhist terminology is stripped off, an ABCDE rational self-analysis remains which is a central tool in Rational Emotive Cognitive Behavior Therapy as I wrote about with the late Albert Ellis who is the only psychotherapist who acknowledged the Buddha as an early predecessor of Rational Emotive Cognitive Behavior Therapy… … … In class that Sunday, I explained the above and more and could thus reconnect with my students. I was amazed by so much opening up while  practicing the completion of the ABC… Someone told about a fear of performing, another about a raging heart, a third about anger of being disturbed in sleep, a fourth about a blood phobia… it seems that a robe and a Dharma name are not enough to eradicating a self with disturbing emotions… I will not go into the contents of these experiences as they are disclosed privately, but hope that this is the beginning of a new start to really convey the practice of Buddhism as Psychology by Karma Transformation and a transmittance, an education from heart to heart…

Why Karma Transformation? I see in the 8Fold Balancing Practice a middle way that with a changed View of self to not-self (1) we can change our Intentional karma of thought (2), Speech (3) and Action (4) in our daily Lives (5) which requires Effort (6), that starts with Awareness (7) and Attention (8) or Heartfulness as we do it with loving kindness to ourselves, self-compassion and with a smile of joyfulness… … … Surprisingly, that afternoon at the lunch table there was a new scholar, an anthropologist by the name of Gustaaf, a Dutchman living in London who has a wondrous fluid the bouche and who can also speak Burmese… He was amid telling his adventures as a Myanmar specialist who had frequented the country for decades… He had been teaching Burmese culture to Burmese students lately and discovered some really amazing things about academic life in Myanmar… His revelations suggested that he is my kind of deus ex machina, someone whose views might save me from the puzzling things happening in my class like the no reading of university students forcing me to start from below scratch while trying to hold up the planned teaching program that I usually do which was the basic request of the Venerable Dr. Khammai Dhammasami…

Gustaaf told the company at the lunch table that he had been teaching in Mandalay for 5 months or more to students who sat silently in his class, never asking any questions or signifying any clue of understanding of his lectures… He, a Myanmar specialist who speaks Burmese, only discovered after these months that his students could not grasp his normal speech and pace, and slowed down dramatically since then… Well, these two things no reading and not keeping pace while not saying anything about understanding, not understanding or misunderstanding on the students’ part is exactly what happened in my class until I intuitively changed my style of teaching which is no going forward by the millimeter and only moving on until each relevant point is understood, discussed, agreed or disagreed upon in an academic mutual respect.

Understanding is not uncritically agreeing or even disagreeing. Academic teaching means, learning to think for oneself and be friendly even if one disagrees which is ok, as the aim is fruitfulness of discussing various viewpoints, even if at odds, that students have to learn, especially in Myanmar it seems… … … Anyway, there I was on Monday 1 pm seemingly before a commission of four: Dean, Vice Dean, Registrar and a Pali scholastic scholar, bright young man from Spain. I told my story what I have been doing in my classes with a light stutter in my voice (my gosh, at age 69) to tell that I am doing my utmost to give the best to non-prepared students who did not read a word of the two books which are obligatory to be able to follow what I am teaching with a new jargon… After producing my egg and hearing their comments, the conclusion was a request not to assign any essay that I already reduced to one Selfie Karma Analysis of Khandhas as the ABCDE-Form as explained above. Was this military tribunal circus really necessary for such a request? (To be continued)